Start a Wiki
Mako Fujisaki (藤崎 真子, Fujisaki Mako?), previously known as the Valkyria (ヴァルキュリア, Varukyuria?), is one of the main antagonists in Gokukoku no Brynhildr.

Mako Fujisaki has long white hair, violet colored eyes. She is almost identical to Neko in appearance, but with white hair. Most of the time she is seen donning a white, long dress with long sleeves that resembled a robe, and with white mary-jane shoes.

She has a sociopathic personality. However, she is shown affectionate towards her younger sister, Neko. She take lives lightly and kills almost anyone in sight that is considered rude to her. She harbors an unrequited love for Ichijiku Chisato after saving her from melting in the middle of a failed experiment, even though he did it in order to use her. She has slight masochism, when she is told that she is only being used by Ichijiku, she still loves him. Overall, Mako's personality is hard to read, as she still cares for her younger sister Neko, while on the other hand she is sadistic and sociopathic, which is most likely due to the constant experimentation done to her, causing her to hate humans. On the other side, she is shown to be curious to the world and is easily fascinated by the oceans.

Before she met Ichijiku, Neko claims that she was actually a timid person. Ryouta also claims that when Mako is ejected, the alien that comes out of her is extremely fragile. Mako's ability to use eleven different types of magic may have caused her to become arrogant, further allowing her sadistic personality to grow.

Ichijiku Chisato - She bears an unrequited love for him, and is willing to do anything for him, such as being used as a mere tool. Ichijiku first appeared to have no feelings for Mako, looking down upon her like any other insects and took her life lightly. However, it was slightly changed after Ichijiku got to hear his younger sister Rena's last words, and began to understand what Rena really wanted, and met his demise by protecting Mako from Hexenjagd's attacks. Mako lost her sanity after his death, to the point where she no longer hesitate to kill her younger sister, Neko. After Mako's death, it was hinted that the both reunited in supposedly afterlife.

Neko Kuroha - Mako is Neko's older sister. In Vingulf they were created to be opposites of each other, in terms of power, so that one could control the other if need be. Mako genuinely cares for Neko at first, hesitating to kill her when Ichijiku instructed her to, and saying her reason of being so obsessed to Neko is that she is after all, her younger sister. The both of them finally faced against each other when Ichijiku died, and also when Neko finally regains her memories and powers. Mako's desperation for Ichijiku went to the extent that she disregards her younger sister, and no longer see her affectionately as before, she went to the point that she even tried to use anti-matter to destroy Neko, to be only stopped by her.

Part in the Story 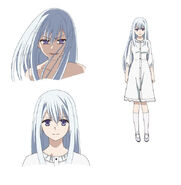 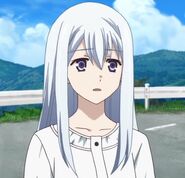 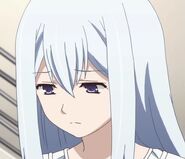 Retrieved from "https://gokukoku-no-brynhildr.fandom.com/wiki/Mako_Fujisaki?oldid=9817"
Community content is available under CC-BY-SA unless otherwise noted.