Neko Kuroha (黒羽 寧子, Kuroha Neko?) is the lead heroine of Gokukoku no Brynhildr. She is a rank B Magician that escapes at the beginning of the story, the Vice President of the Astronomy Club, the younger sister of Mako Fujisaki and one of Ryouta Murakami's main love interests.

Neko is a beautiful young girl with dark blue hair, violet colored eyes, and large breasts. On left one she has a 3-dot birth mark that forms a triangle. She wears a white dress with a black collar, decorated with white lines, a purple bow on her chest, black arm sleeves, and black stockings. At times, she puts on a mask to conceal her face.

In the beginning of the story, Neko acted very cold and was expressionless when introduced to the class. This was due to the fact that she and Kana were running out of medicine and only went to school to prevent deaths of two students that went there. Neko is actually very cheerful and somewhat clueless (mostly due to her losing some of her memories every time she uses her powers). When alone, she enjoys singing about the people she's saved and helping people, thinking of herself as a superhero of sorts. Around others, she is very quiet and doesn't speak unless she is spoken to, preferring to avoid conflict. However, when her friends are in danger or have been harmed she gives off a very threatening aura, such as when she thought Ryouta Murakami or Kazumi Schlierenzauer were bullying Kana Tachibana. She often displays signs of jealousy when Ryouta's relationship with Kazumi (or other women) is called into question, unintentionally using her destructive powers in order to release her frustration; breaking a school window with her magic when Ryouta asked that Kazumi accompany him in the city and breaking several tree branches when she thought they went on a date and kissed. She refers the other witches with the suffix "-chan", even those who are her enemies, such as Kikako. When Neko regains her memories, she mercilessly attacked Valkyria with a smile trying to kill her 'Onee-chan' for murdering thousands of people. She also became more open and direct, losing her cluelessness, happily talking to Ryouta casually and even kisses him. Her extreme change in demeanor even caused Ryouta to wonder who exactly she is. Afterwards, she unfortunately loses all of her memories and acts quite cold and very distant from everyone, especially Ryouta. Although regains her original personality eventually and reciprocates her romantic feelings for Ryouta.

Neko is first introduced in chapter 1 of the manga and episode 1 of the anime as a transfer student arriving at Ryouta Murakami's school. She is initially believed to be the childhood friend of Ryouta, whom died trying to prove to Ryouta that alien's existed. When approached about this she insists that she is not his childhood friend and that they are meeting for the first time, and slaps him when he asks her to "show him the area below her armpit." While gazing at stars at the observatory after school, Neko arrives and after displaying her ignorance when it comes to basic scholarly knowledge and her unusual level of strength, she leaves him with a prophecy - "Do not leave the observatory, no matter what." However, Ryouta ignores her prediction and tries to walk home only to be caught in a rockslide. Moments before being crushed by a boulder, Neko appears and somehow cuts the boulder clean in half. Questioning her on how she was able to do that, Neko reveals that she's an artificially created magician that escaped from a research laboratory and displays the Harnessed on the back of her neck. She tells him that she is hiding from the Organization because she will be killed if she is captured by them. The next day Neko doesn't go to school and finds Ryouta visiting her to give her paperwork and tell her about the trip to the ocean, he also brought food for Kana and Neko. Ryouta told Neko about the trip to the ocean, Neko told him she couldn't go to the ocean, for she would run out of pills before the trip. After Ryouta left, Kana offered to sacrifice herself so Neko could have enough pills to go to the ocean but Neko declined it. Neko came to school the next day but didn't come the day after that. Ryouta went to visit Neko and find her bleeding, Neko explained that it is because she didn't eat her pills. Kana explained to Ryouta that because of him Neko was waiting until the last moment to take the pills. Neko then finds that the house got burnt by the fire and the pills were burnt also. Ryouta then offered for him and Neko to raid the factory, but in the end they only found two boxes.

Neko is capable of destructively influencing objects that are in her vision range. She first demonstrates this power when she punctures a hole in the school's swimming pool in order to save a student. Later, she splits a boulder clean in half in order to save Ryouta Murakami. Her powers can be used in a variety of different ways, from outright destroying specific objects to cloaking it around herself in order to deflect bullets. However, the use of her powers cause her to lose some of her memories. They are typically trivial memories, but she occasionally loses important memories. Her memories are full of holes because of this, and most of her childhood memories have been lost.

In reality, Neko was the previous Valkyria, a rank SSS magician, and her full potential is released when Ryouta presses the third button on her Harnessed, returning her memories and granting her with a variety of additional powers: 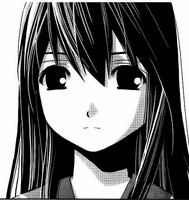 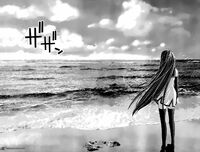 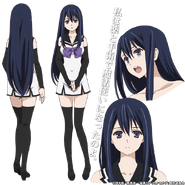 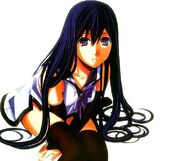 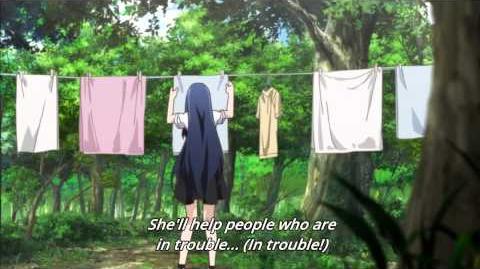 Gokukoku no Brynhildr - The Singing Neko Kuroha
Neko singing in the anime
Add a photo to this gallery
Retrieved from "https://gokukoku-no-brynhildr.fandom.com/wiki/Neko_Kuroha?oldid=9804"
Community content is available under CC-BY-SA unless otherwise noted.